“It is vital to understand how the uncommissioned intervention is a reflex against the hegemony of public space by the interests of a few over the psychological well-being of the many.”

-Trespass: Rules of the Game.

On March 9th 2011, a new Irish government was formed and with it came the hysteria of a media coverage that had followed each and every one of its promises and pacts. Amongst everything that glittered on that day, there were doubts and fears of the overbearing weight of an agreement made by the preceding government, on the financial bailout of the Irish by the ECB and the IMF. One of those fears was the sale of state assets to seal the deficit caused by our financial rescue package. On our behalf, the foregoing government had socialised a private debt leaving the nation scarred and sceptical of almost anyone in a suit making promises.

FOR SALE is an artist led intervention, which endeavoured to highlight the hegemony of our public spaces and by utilising a recognisable form of communication it ignited national interest on the issues that surrounded the governments proposed sale of our state forestry. 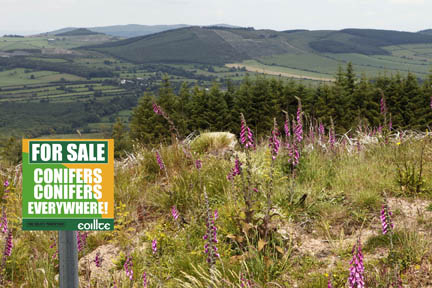 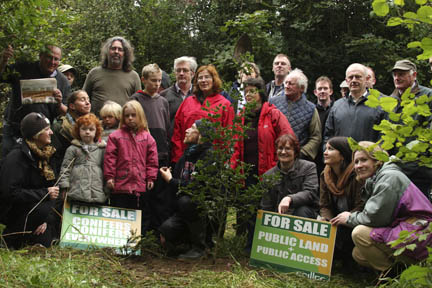